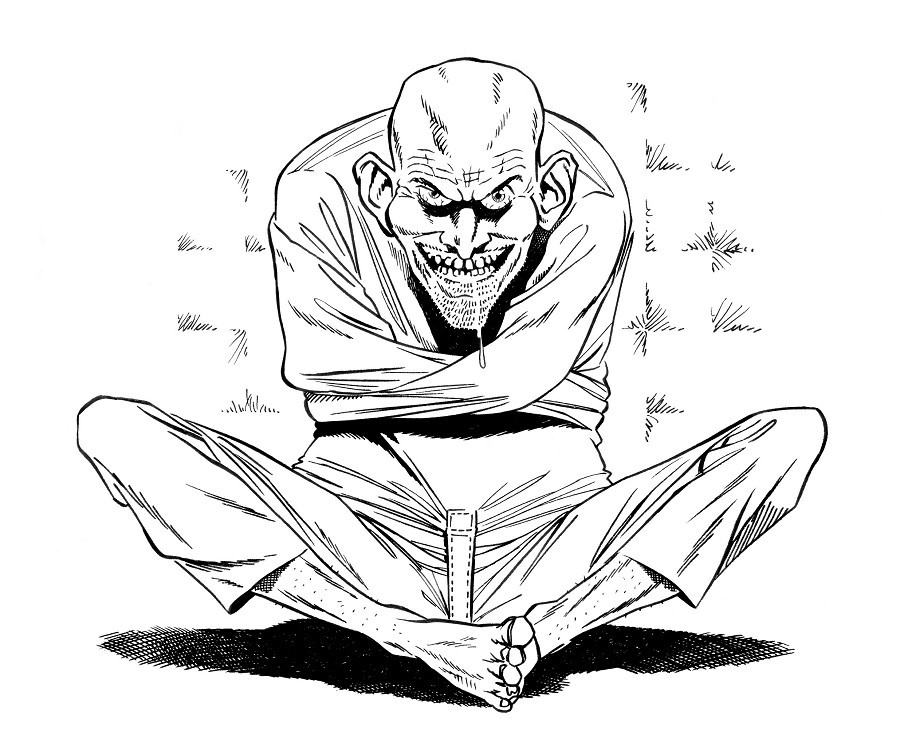 So there’s been a few additions to the big book of mental disorders that mental health professionals use to diagnose their patients. Among them are hypersexual disorder, cannabis withdrawal, and hoarding. Almost 50% of Americans currently ‘have’ a mental disorder, according to the Diagnostic and Statistical Manual of Mental Disorders #5.

One of the newer disorders is called Oppositional Defiant Disorder, or ODD. It’s described as a general opposition to authority and rules. Apparently, there’s a lot of this ODD going around lately, it might be a virus. What other reason could there be for an increasing number of people who display the tendency to question or defy ‘authority?’

77 new mental disorders in just 7 years time, and many legal prescription drugs for each and every one. Is it that we’re getting really good at this brain thing and consequently ‘discovering’ these new diseases, or are we going insane… and a rapid clip?

Of course, it would be insane to come to the conclusion that the reason why there are so many new diseases, mental and otherwise, which will undoubtedly require medications, is that there’s a lot of money involved in the industry. I know firsthand that it’s everyone’s personal choice whether or not to bathe their brains in chemicals, but I tend to trust chemicals coming from someone who has a similar net worth as me, call me crazy.

Even more insane would be to propose that an added benefit for those who would profit from pharmaceutical sales is free reign over the functioning of the minds of a large portion of a population. Insane, I know!

Don’t follow the money with this one. Never suppose that a large corporation that derives its increase from the invention and manufacture of mind and body controlling chemicals may have some interest in perpetuating that which makes it more wealthy.

When the most available consultant for what will cure my ails is a television commercial, I am suspect. Can one decide for themselves in the comfort of their own living room that the solution to their problems is a cocktail of psychotropics? No, one cannot, as they are neither objective nor qualified. But what one can do is be convinced that cocktails are the solution. Never mind that some doctors contract to be compensated commensurate with the number of prescriptions for drugs they administer.

But if problems arise, there are always solutions. The best solution is to find the cause of the problem, and prevent its occurrence, if possible. Illness and malaise are rampant in America, as the news would suggest, but scantly suggested is the idea that what we put into our bodies over time may cause us problems. We eat words which are hyphenated and contain a dozen or more letters. Those words are attached to substances created by people – substances which didn’t exist a century ago. I think the timing of our alleged insanity correlates somewhat with our unnatural diets and lifestyles.

Two-time Defense Secretary Donald Rumsfeld won a prestigious award in the ’90s for heading Searl (recently absorbed by Monsanto), the company that invented Aspartame. Aspartame is the sweet component of an ant poison the company was developing. The process for creating Aspartame includes collecting the oh so sweet excrement of the E Coli bacteria, which we eat.

It may just be that all these mind and mood altering legally sanctioned drugs are adding great benefit to the lives of those who need them. Well, that’s all super rainbow unicorn gumdrops until people can’t afford their meds, or their meds become unavailable for any number of reasons. Now you have a bunch of crazy people running around, recently cut off from what makes them ‘sane,’ and what happens to crazy people who are running around? Tune in at 5:00 for details.

Just in writing this short piece, I have probably qualified myself for several of these ‘disorders,’ as well as the lists for those with said ‘disorders’.